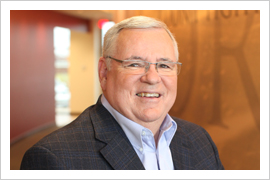 The ripe age of 65 is no longer a valid number for those planning their retirement. As more and more baby boomers reach this age, demographers and researchers are skeptical as to just how long they will live. Not only does this uncertainty have effects on a national level, as to the cost of Medicare and Social Security for future generations, but it also has effects on a personal level, and the complications it causes for future retirees and their spending and saving plans. The juxtaposition between American medical advances and deteriorating health and lifestyles begs the question: live too long and risk running out of money; die young and you can’t take it with you. Let’s look at the facts and then discuss the possible solutions in this rising debate.

Medical Advances = Longer Life Expectancies
At least one member of a 65-year-old couple can expect to live for another 23 years, to age 88.
There is a 30 percent chance of living past 92.
The current life expectancy for an American at birth is 77.9 years—58 percent longer than in 1900, when the average life expectancy was 49 years.
From 2000 to 2007 the rate of death from heart disease, the leading cause of death, plunged 19 percent, while the rate for cancer, the second-leading cause of death, fell 5 percent.
95,000 fewer Americans died of heart disease in 2007 than in 2000, even as the population increased.
Adding 3.1 to 7.9 years to life expectancy by 2050 would add an estimated $3.2 trillion to $8.3 trillion to Medicare and Social Security outlays above current expectations.

That last fact paints a pretty good picture as to what will happen to the cost of Medicare and Social Security. As life expectancies rise, so does the federal tab for old-age benefits. Social security came into play in the 1930’s, when the life expectancy was 65.2 years. At that time, the government did not expect retirees to use Social Security. However, with life expectancies on the rise and many retirees spending more time in retirement than in the workforce, the federal budget for retirement benefits is swelling exponentially. Moreover, the explosion of rising life expectancies that we have been experiencing in America since 1950 may not continue at the same pace because of the obesity epidemic. Even as Americans live longer lives, they are expected to spend more years disabled and paying for expensive health care.

Deteriorating American Health & Lifestyles
The rate of obesity in the U.S. has risen 48 percent in 15 years, and by 2020, 45 percent of the population is expected to be obese.
Deaths from Alzheimer’s disease have increased, from 49,558 in 2000 to 74,632 in 2007.
Two-thirds of retirees underestimate the average life expectancy at their age, with 42 percent doing so by five years or more.

It is crucial to know, understand and plan according to your financial needs. There are steps that baby boomers can take to protect their portfolios from uncertainty. A Social Security check should only make up about a third of a retiree’s income and should be supplemented with contributions made to an Individual Retirement Account (IRA) and a 401(k) Also, by delaying Social Security payments until age 70—instead of 62 or 65—retirees can increase monthly payments and make the program a far more valuable income stream late in life.

Obviously, saving more, spending less, and working longer are ways in which you can protect your financial assets and future. Regardless of whether you can expect a long life or disability payments in your future, it is vital that you plan for your retirement.